I’ve always been a very sceptical when various books and websites claim that certain rules can help you “win your ex back” or “make you irresistible to the opposite sex”.

Many dating ‘gurus’ tell you to behave in a certain way, say certain things and some may even give you a “how to guide” on how to walk confidently but my advice to you would be don’t change for anyone. If you’re thinking about having to present yourself in a particular way it comes over as contrived and your date will figure out the real you sooner or later. They should like you for you and if they don’t…well….there will always be plenty more fish in the sea! 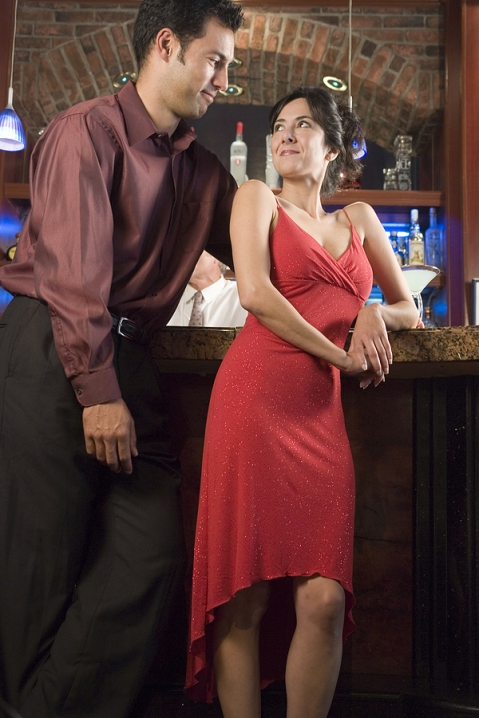 It seems that I am not alone in this thinking. After studying 60 members of the public, Dr Petra Boynton, a social psychologist from University College London dismissed most of the advice given in dating guides and self-help books as unscientific “bunkum”. She advised daters to keep things simple, to be themselves and  claimed that the best chat-up line is a straightforward “Hello, how are you?” rather than  the horribly fluffed lines some people tend to use.

and the body language…

findings. She found no evidence to suggest that sitting with one’s legs wide open (guys!!!) and crutch pointed towards a woman conveys an attractive message.

…and ladies,  sneaking ‘peek-a-boo’ glances at an admired individual can easily backfire by being over-done, making you look half-witted or mad!!

Also, not calling him first, or not answering his calls, and generally playing hard to get to keep him “on his toes” is bad advice, she said. Instead he might just walk away!

However, nothing was said about dancing…and I think this fella’s got it down to a t! To be perfectly honest, I think you are better off taking advice of him rather than any self proclaimed dating gurus!

So my new dating rule for the entire dating pond is a very simple one…don’t follow any dating rules and just be yourself! It’s way too hard to alter your personality in order re-invent yourself as some sort of ‘dating pro’. Plus, what is the point in doing this? If you are successful with your date, how long can you keep this front up?! Your prospective partner should like you for you!

This site uses Akismet to reduce spam. Learn how your comment data is processed.